A few days ago Fair Isle played host to the UKs second ever Magnolia Warbler with the 1st being seen in 1981 (before I was born) on the isles of Scilly. I was one of the lucky handful of people who got to see this spectacular American warbler which was found on the west cliffs of Fair Isle by Assistant Warden Jason Moss. Below is a record shot of this amazing bird in soft evening light. 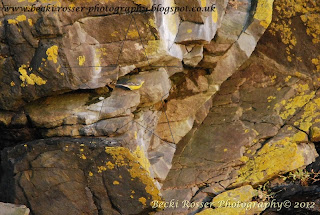 Please Check out my new Photography blog
http://becki-rosser-photography.blogspot.co.uk/
Im just an amature photograph willing to learn more about Photography
If you have any advice about any aspects of the subject I would love to
hear from you
cheers
Posted by Beckles at 15:52 2 comments:

Just to let you know, I have started a new blog based around my photography. So this is why I have not been updating this as much. Im just an amature and I wanted some where to show case my images for you all to enjoy.

It will be great for you to follow that one too.....Please spread the word 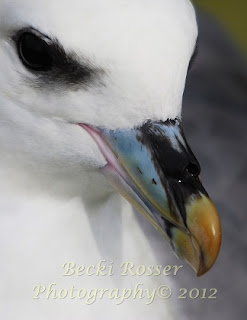 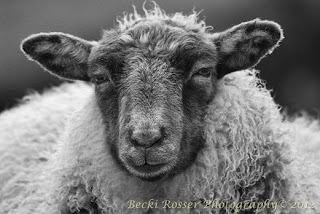 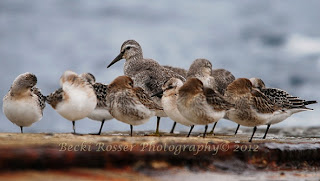 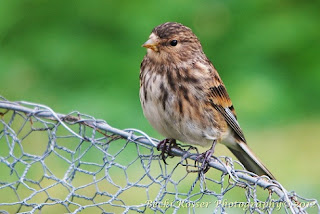 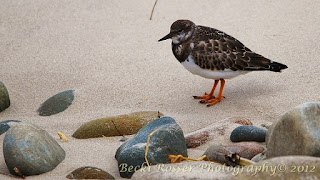 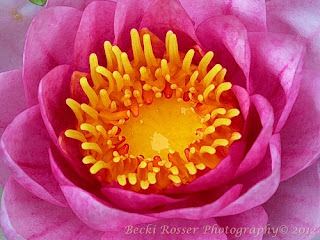 Its been 6 months since my last confession...

Quite alot has happened in the last half year, I have ventured up to my favourite island where I started my 10th year at the bird observatory in April. Already I have seen  three new species and got to handle a couple more. At present I have been focusing on my photography where I have invested in a new lens. The bird observatory is very full and we will be very busy for the next few weeks. There is still time for the big spring bird to turn up yet. I will be adding quite alot of photos over the course of the season so I hope your enjoy them!!


Here is just a few that I taken so far 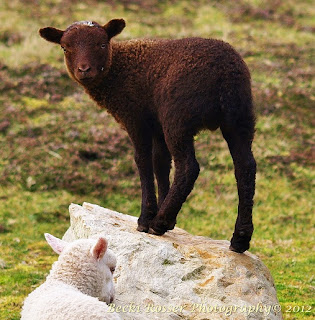 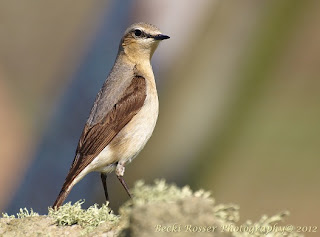 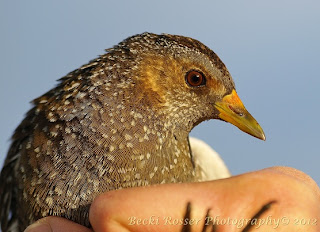 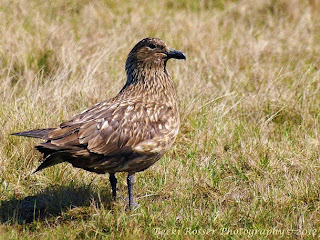 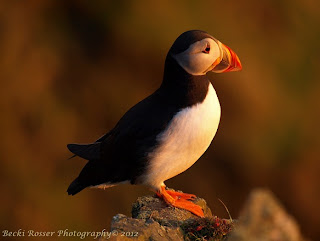 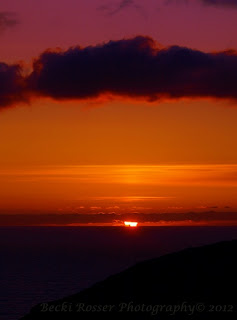 White-arse here and a Wheatear there

Not only does Fair isle welcome seabirds to breed but we also wait for a Sub-Saharan migrant ' The Wheatear' to return every spring. They arrive about March time after wintering in central Africa and leave again in September/October.

The name 'White-arse' comes from the fact it has a white rump and usually that is all we see when its flying away. Also when this species was first descibed in 1758,  The term refered to the birds returning to Greece just when the first grape vines blossomed. They eat mostly insects and larva with the occasional berries and nest mostly on moorland in stone walls, rocky crevices and burrows which means Fair isle has ideal breeding habitat.

During end of June and July, I noticed no matter which way you looked, there was several Wheatears on every fence line. I could guarentee when I opened my bed room curtains, the Wheatear would of been one of the 1st birds I see. There was family parties scattered around the island and is always a joy to watch.

As part of a univeristy study, Adam Seward had been researching Wheatears that pass through Fair Isle.  He has been studying the impact of climate change of migratory birds where he chose this species as it has one of the most challenging migrations of any passerine. As part of the project, he has been colour ringing them, and when he is not on the island, The observatory  continues the colour ring and sends any data back to Adam. 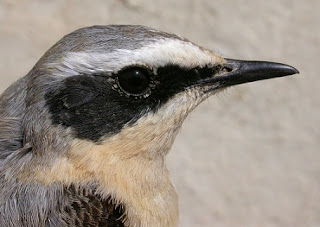 If any body has seen any colour ringed Wheatears, we would love to know the date, the time and where you have seen them. You can send your sighting(s) to British Trust for Ornithology (BTO), Fair isle Bird Observatory and Adam Seward.

For more Information about Adam whether its about it Wheatear study or his spectacular Earth in Focus photography then please click on the links below:

Around 54,000 of this comical bird call Fair isle there home every summer﻿. They arrive in March and begin egg laying a month later. They Lay a single white egg deep inside their burrow where they hatch in May/June. Then around the end of July and beginning of August, the Chicks leave under the cover of Darkness evading any predators which fancy an easy snack. By the end of the month, Most of the Puffins would of disappeared  far out to sea where they will form huge flocks waiting until the next spring so they can breed all over again. 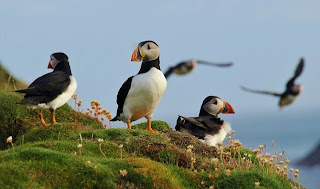 Below is just some last Photographs of the Puffins just as their breeding season was ending for another year. 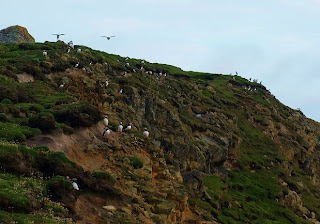 Heres a Puffin at Sunset to end the post 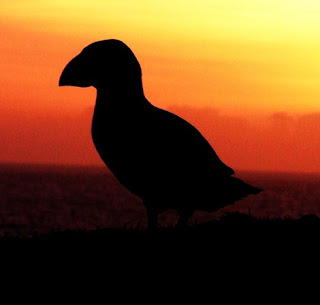 Fair isle is internationally known for its diversity of seabirds from Auks to Skuas, from Terns and Gulls to Shags, Petrels and Gannets. Every Year, during in the summer, the island comes alive with 250,000 breeding birds of 19 species which can get very noisy. As part as the Observatorys work, it is their duty to monitor them to keep an eye on population changes, productivity rates, etc. One of their annual activities is to do a 24 hour feeding watch at Peitron Guillimot colony where we take it turns and do a couple of two hour shifts each sat on top of a cliff watching the auks..
During our shifts, every 20 minutes we do a chick count. When I first took part 10 years ago, we was counting 80 chicks but as the years went on, the numbers dwindled down to an all time low where in 2011 during the watch, we started off with 20 chicks but went down to less then 10 when we fiinished.
2006
2011
Our main aims for the watch is to find out:
The Guillimots main food source as with all Auks are Sand Eels but over the last several years, the Sand Eels had started to disappear making the auks go further out to sea for there food. Because of this they take longer searching  for the fish leaving the chicks to starve. Rob Hughs (RSPB) and Beckie Langton (PHD Aberdeen Univerisity) were putting small transmiters on sea birds to find out where they are going. From there data, they were going as far as Norway, Orkney and Aberdeen taking several days per a single trip. But we also found they are bringing different types of fish back such a Pipefish, Gagoids, etc. Sometimes the birds were not bringing food back at all.
As well as dwindling food supplies, The Auks has to defend there colony from predators. During my watch in 2011, Gulls, Skuas and Covids were patrolling the cliffs waiting fot an oppotunity to snatch a chick.
Recently, The chicks have become very easy takings as both adults are often out searching for food. The Predators dont have to put up with  whole colony of dagger like beaks pointing up at them no more so if I was a avian predator, I will defintly take my chances.

I have seen gulls take chicks before but I have also seen them fledge. When they are about half the size of an adult and cant fly, they take an extraodinary leap of faith of the cliff ledge to crash in to the water below, This is when the father of the chick will then take it out to sea and look after it. The Chick will not see land again until its an breeding adult. It does bring a tear to you eye when you watch them but I fear there is only a matter of time until this will becomes a rare sight on Fair Isle.  This is why the observatorys work is of upmost importance in trying to work with different organisations to safe guard the marine life around shetland. 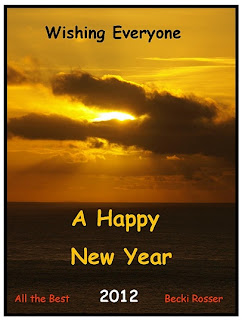